API CI-4, CI-4 Plus, CJ-4 oils have a ZDDP level of 1100 parts per million per liter. In a modern diesel engine there is a substantial exhaust soot contamination that the oil must contend with. Diesel oil is designed with much higher levels of detergents and dispersants to fight the soot contamination.

Like ZDDP anti-wear chemistry, detergents are a surface active chemistry and compete directly for space on metal surfaces, such as cam lobe and lifter face. So, in practice, the effective level of Zinc anti-wear is a bit lower than what we expect it to be based solely on chemical analysis.

The ZDDP that is generally used in diesel formulas is primary ZDDP (which activates at higher temperatures) since a diesel engine runs predominantly at operating temperatures. Diesels operate at essentially the same rpm all day long and need polymers that are shear stable to protect bearings. 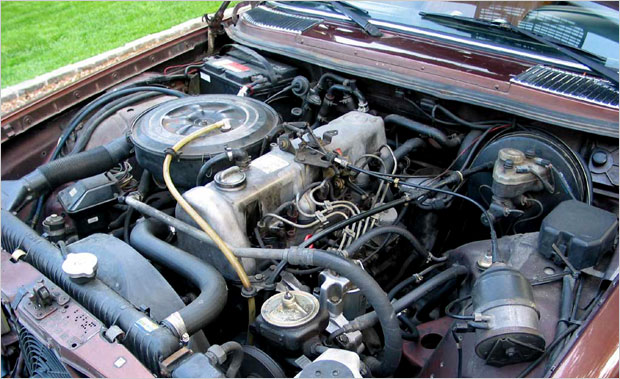